Ever since I was young, I have wanted my life to feel like a movie. My childhood was stitched with vignettes of classic Disney scenes, catchy choruses from Disney soundtracks, and iconic characters that felt like close friends of mine. The polished and perfect life that was subconsciously painted before my eyes was all because of Disney Channel. Every love story, every predictable plot, and every cheesy punchline had an enormous effect on the way I expected my life to play out.

Each movie was nearly identical, yet I still held them just as close to my heart.

The main character always had a flawless family, friend group, and some sort of talent that drives them to follow their dreams. When an end-all conflict suddenly turns their world upside down, the protagonist goes on a life changing journey that leads them to self discovery.

What sets Disney movies apart from every other coming of age film is how effortlessly every dilemma is solved. Being a little girl and watching difficult situations result with a fairytale ending had a major effect on the way I viewed the real world. I began to believe that falling in love would be painless, or that achieving my dreams would be a seamless journey, or that a singular event would be the ultimate turning point of my life.

As I approached my freshman year, the magic of these picture perfect storylines began to fade. I knew that there was no one illustrating a storyboard for me, or playing background music during intense moments, or writing the script of my future. My life was not a movie and I was no longer a little girl.

I was stuck in this almost cynical mindset throughout the majority of high school. That was until I reached my senior year, and it had dawned on me that these four years of our lives were coming to a close. Although it was time to buckle down on college applications, keep my grades in check, and cram in loose ends of community service hours, I realized that now was the time to live my life like a movie. I’m not saying that winning homecoming queen or getting into college are defined as the climax moments of my life. What I mean is that it’s okay to embrace the magic of one singular moment. Feeling present and taking in the perfection or perhaps the imperfection of a moment is how I have begun to live my life again. As silly as it sounds, maybe living my life like I’m in my own Disney movie isn’t a fantasy after all. 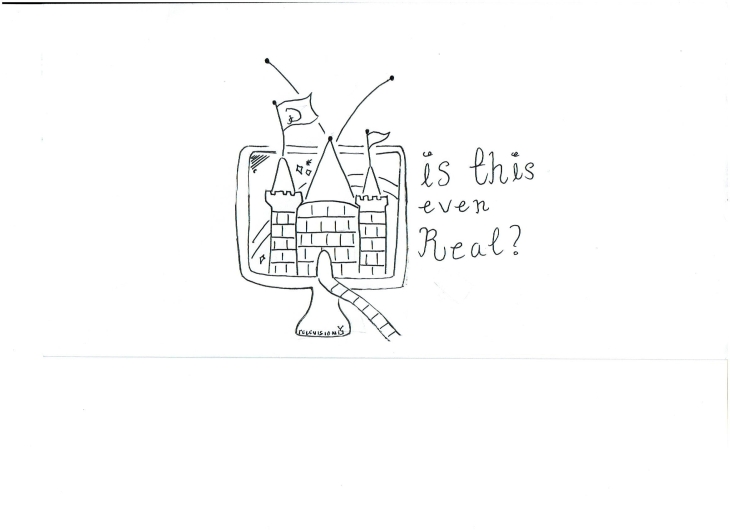 -A YAY to Euphoria. A NEIGH to the gratuitous nudity; we just wanted to see how Rue is doing.

-A YAY to mid-winter break. We speak on behalf of everyone when we say 2022 has already been too much.

A YAY to Tom Brady retiring. Now he’ll have more time to kiss his son on the mouth.

-A NEIGH to the 49ers not making it to the Super Bowl. Now we can’t stare at Jimmy Garapollo’s gorgeous face.

-A NEIGH to Saturday Academy. I didn’t come to school for a reason the first time.

-A NEIGH to Starbucks’ new limited hours. My caffeine addiction is not taking this well.

– A NEIGH to Wordle. Making me realize I have a small vokabularii. :(

"I think a big reason I play music is because it's an equally rewarding and challenging pastime. I learn to play something personally challenging. Then, I get to play that challenging thing for people and hopefully, get positive feedback, and make those people feel something (other than 'Wow! This sucks!' hopefully)." (10th)
“I’ve always been kind of quiet and it was really difficult for me growing up because being quiet kind of sticks to your identity in a negative way. I was always told that being quiet was something I needed to fix. it wasn’t a personality trait; it was a flaw. I had a really hard time advocating for myself because of this, so writing became my way of talking. I felt like it was the only way I could truly express myself and it became an outlet with no societal pressures for me to ‘be louder.’ My writing spoke volumes in itself, and at times it was the only way I knew how to communicate. I think the most common misunderstanding about me is that I have nothing to say because of my quietness, but in reality, I probably have a lot more to say than most people. I just lack the confidence to say it. Instead, I write it and that has become my voice.” (12th)
“High school has been a little crazy. It’s very different from one, what I was expecting and two, middle school. I lost all of my friends after middle school ended. I don’t have any friends right now. I’ve just been friendly with people so I feel like that’s been hard for me socially. But I’m really enjoying my classes and keeping my grades up which is good since I feel like I have a lot on my plate right now. The music program has given me the opportunity to actually get to know the people that left middle school years before me and go here now. I know people here which is really nice. They greet me in the halls which makes me feel so welcomed. The music program is incredible.” (9th)
“Being accepted into UC Riverside was a happy moment I had. At the beginning I felt I wasn’t going to get into any schools and I wasn’t positive, but once I got accepted, everything changed. Five years from now, I see myself living in Southern California, with a job preferably inside my major. I would like to work in the medical field and secure a job that helps me save up enough money to travel and do community service and help countries that really need it. Overall, having happiness is the most important thing I want in my life. I’m always trying to chase what makes me happy.” (12th)
“I had a big admiration for 90’s rap, a lot of East Coast stuff like ‘A Tribe Called Quest.’ I always thought the background music is the key part of the songs, so I wanted to make stuff like that. Making that music, I feel like I’m working at something, and that something could even turn into a possible career in the future. That’s what’s so exciting about it. I try to learn new things everyday, and that’s why I like producing more because you learn things about the technology behind the music—you figure yourself out and what you like doing.” (10th)
“I definitely feel like people have an opinion about me for attending church so often. Marin is like 15% religious people and that makes a big impact on how people view me. I couldn’t hang out as much as other people would with their friends. It’s kind of hard sometimes to keep that identity as a Christian. But my community is always there to support me. It’s really nice to have that community and body of Christ to back you up.” (11th)