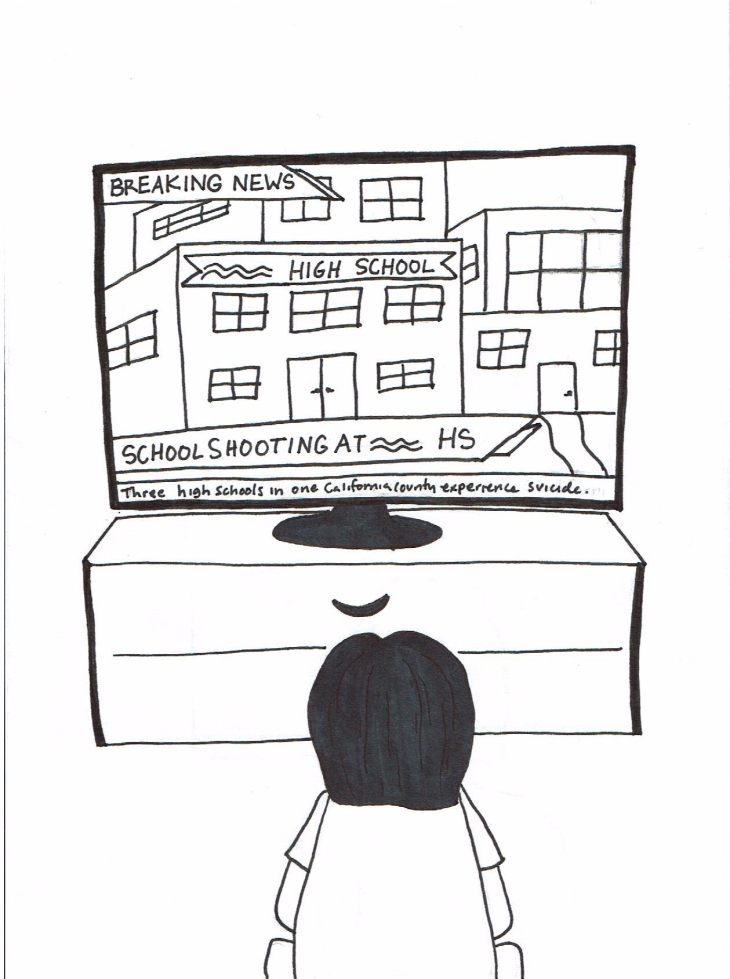 At least once a year, a tragic event prompts teachers to give students a serious, emotional talk. In my sophomore year, when the Parkland school shooting and a San Marin student’s death happened, a couple of my teachers would talk about it in the beginning of class, and would then move on to actual classwork. Everyone was silent and reactionless as my teachers spoke of the news. The atmosphere of the room was always uncomfortable. No one said a single word in response and then everyone would move on with their day.

“Just something to think about,” is what one teacher would say before going into their lesson. What they said resonated with us, but it didn’t fully sink in. We would think about it, but only for a minute. It didn’t feel like it affected us as much as it should have.

From a teacher’s perspective, we are emotionless, quiet and bored. They want to leave something for us to think about, which most of us do, but most of our generation doesn’t retain the thoughts for long.

What is happening is our generation is desensitizing. In psychology, to desensitize means to diminish one’s emotional responsiveness to a negative, aversive or positive stimulus after repeated exposure to it. The process of desensitization is primarily used with phobias and anxieties, and helps individuals overcome their fears through adaptation.

After repeated exposure to abuse, violence, death and trauma, our generation has become numb to present and future disasters.

Social media has made things worse. Through social media, we can see the horrible events that occur, numbing our reaction to disaster. Every single day, we scroll past several news posts. We may stop at them, read it and sympathize with it, but we scroll down and forget about it quickly. Posting about an issue to spread awareness can help, but it only does so much. After seeing others post about it, people may think that they should post about it as well, but not out of empathy.

People often feel uncomfortable when confronted about a sensitive issue. To escape the uneasiness, we turn dark events into dark humor. It is the same when jokes are used with suicide. It is for us to cope with the confrontation of it all. Is it a good strategy? Not so much.

Sometimes, we aren’t surprised that a tragedy occurs and that is the worst of all. It is unsettling to hear people say things like, “Another shooting happened.” At our age, we shouldn’t expect these traumatic incidents to happen. We shouldn’t expect any tragedy to take place, and should instead be optimistic about things. Unfortunately, the number of events that have happened in our mere adolescent years have caused us to be pessimistic.

When a tragic event happens within our community, it hits harder. We look at school shootings and student suicides at other schools with sympathy, but we are not surprised. When it is our own community, it affects everyone. When Ben DeFilippis died, I did not know how to react. I did not know him personally, so when Mr. Watson first mentioned it, I sat still and silent. I didn’t have a reaction until I attended his memorial at Miwok Park. It was similar to how I felt when I first heard Mario Lupercio died—I had no reaction at first, but felt sadness and even cried during school. I didn’t know them, but since it was in my community, it affected me more than I thought it would.

As a generation in the process of desensitization, we need to sit and allow ourselves to react. I’m not saying that we need to overreact, but we need to reflect on the importance of these events and take in their significance. To one person, an event such as the death of a student can be heartbreaking and horrific. To another, it can be not as impactful, but still surprising to hear. Just something to think about.