“At my old school I was president of Teens Against Discrimination Club. We were at a Catholic school and because of the religious affiliation, they couldn’t have a Gay-Straight Alliance. That was something we saw a need for on campus, because people were still saying stuff like ‘that’s so gay’ or ‘fag.’ So we thought to have this leeway that was Teens Against Discrimination Club, which we actually really liked in the end, because it kept things open-ended. We could talk about racial discrimination, discrimination based on income, things like that. Through that club, we did stuff like March For Our Lives, which was also a struggle . . . There was a lot of pushback as far as freedom of speech because it doesn’t apply like it does here. Everything has to go through the dioceses. We had to register the event under the Planned Parenthood site and we couldn’t do that because they were like ‘Planned Parenthood talks about abortion’ but that really wasn’t the point. And there would be parents reaching out like ‘I don’t want my children to be politically associated with this.’ There was a lot of pushback all the time. That’s part of the reason why I transferred. I really loved the school but it just didn’t end up aligning with my beliefs anymore, and I grew out of it. It was holding me back more than helping me, even though the school was so great. That being my passion just didn’t align with me going there anymore.” (12th) 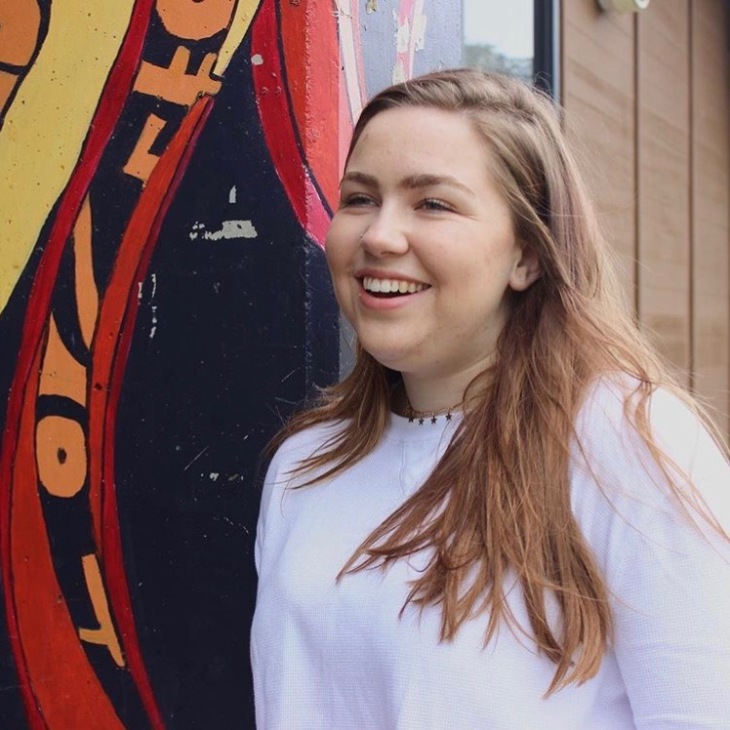 -A YAY to summer and warmer weather, hopefully we don’t get dress-coded.

-A YAY to Outside Lands, let’s hope Tyler the Creator doesn’t play “Radicals”

-A YAY to college acceptance letters, hopefully no one bribed their way in this year.

-A NEIGH to prom being cancelled, at least we won’t have to witness any cringey promposals.

-A NEIGH to no notes on AP tests, are they trying to make us fail?

Go check it out!!! https://smhsponyexpress.org
Attention all seniors please complete this survey for the senior issue of the newspaper! Tell us your favorite class memory, will something to an underclassman and more!!!! https://docs.google.com/forms/d/e/1FAIpQLSezgdZgFyiuVbfLzxNyfjs148cELs6YcxJ9F7xse5LToBxw1g/viewform
Go check out the February Issue at smhsponyexpress.org!!! Link to the website is in our bio!
Go check it out!
ATTENTION ARTISTS OF ALL MEDIUMS ❕
Want to hear student thoughts on athletic cohorts? Go check out our November issue at smhsponyexpress.org

"I think a big reason I play music is because it's an equally rewarding and challenging pastime. I learn to play something personally challenging. Then, I get to play that challenging thing for people and hopefully, get positive feedback, and make those people feel something (other than 'Wow! This sucks!' hopefully)." (10th)
“I’ve always been kind of quiet and it was really difficult for me growing up because being quiet kind of sticks to your identity in a negative way. I was always told that being quiet was something I needed to fix. it wasn’t a personality trait; it was a flaw. I had a really hard time advocating for myself because of this, so writing became my way of talking. I felt like it was the only way I could truly express myself and it became an outlet with no societal pressures for me to ‘be louder.’ My writing spoke volumes in itself, and at times it was the only way I knew how to communicate. I think the most common misunderstanding about me is that I have nothing to say because of my quietness, but in reality, I probably have a lot more to say than most people. I just lack the confidence to say it. Instead, I write it and that has become my voice.” (12th)
“High school has been a little crazy. It’s very different from one, what I was expecting and two, middle school. I lost all of my friends after middle school ended. I don’t have any friends right now. I’ve just been friendly with people so I feel like that’s been hard for me socially. But I’m really enjoying my classes and keeping my grades up which is good since I feel like I have a lot on my plate right now. The music program has given me the opportunity to actually get to know the people that left middle school years before me and go here now. I know people here which is really nice. They greet me in the halls which makes me feel so welcomed. The music program is incredible.” (9th)
“Being accepted into UC Riverside was a happy moment I had. At the beginning I felt I wasn’t going to get into any schools and I wasn’t positive, but once I got accepted, everything changed. Five years from now, I see myself living in Southern California, with a job preferably inside my major. I would like to work in the medical field and secure a job that helps me save up enough money to travel and do community service and help countries that really need it. Overall, having happiness is the most important thing I want in my life. I’m always trying to chase what makes me happy.” (12th)
“I had a big admiration for 90’s rap, a lot of East Coast stuff like ‘A Tribe Called Quest.’ I always thought the background music is the key part of the songs, so I wanted to make stuff like that. Making that music, I feel like I’m working at something, and that something could even turn into a possible career in the future. That’s what’s so exciting about it. I try to learn new things everyday, and that’s why I like producing more because you learn things about the technology behind the music—you figure yourself out and what you like doing.” (10th)
“I definitely feel like people have an opinion about me for attending church so often. Marin is like 15% religious people and that makes a big impact on how people view me. I couldn’t hang out as much as other people would with their friends. It’s kind of hard sometimes to keep that identity as a Christian. But my community is always there to support me. It’s really nice to have that community and body of Christ to back you up.” (11th)