Inconsistency in treatment between male and female athletes has been a trend within the athletic industry for decades. A 2018 study conducted by Women in Sport found that 40 percent of female athletes continuously experience prejudice while involved in the sports industry.

It is largely argued that the wage gap unfairly reflects the talent and success of the female athletes directly impacted by the lower income. For instance, the U.S. Women’s National Soccer team wrote a letter to U.S. Soccer in concern about the wage gap. The players outlined how they had “witnessed higher revenue numbers, higher ratings, more fans, more enthusiasm”, and that “the tired, arcane, irrelevant arguments and protestations of the male-dominated soccer world fell apart during those weeks.”

Sargent believes that the wage gap directly correlates to advertisements in sports media and their focus on male athletes and teams rather than female.

One 25-year-long study, conducted by Cheryl Cooky, Michael A. Messner, and Michela Musto, and posted on Sage Journals, revealed that ESPN only appropriates about two percent of their coverage for women’s athletics.

“We just need to give our younger generations, both genders, more exposure to and more positive reinforcement behind women’s athletics,” Butler said. “For example, both my daughters are athletes and I am challenged to give them things to watch on TV and the internet.”

Parallel to Butler’s perspective, junior and varsity goalie Elizabeth DeRuvo also regards the wage difference as a challenge for those that follow professional female athletes and continuously witness the gender disparities.

“It’s very upsetting to me, because here are the people who we have grown up looking up to, our heros when it comes to sports, are the ones having to do this fight for us,” DeRuvo said. “And sadly, it’s probably going to be a fight that we are going to have to face and conquer ourselves.”

In addition, Butler said that he believes that women cannot fully succeed when they “are asked to do the same thing or more with less”, such as when travel and training costs are taken into consideration.

DeRuvo relates the wage gap with archaic stereotypes, mainly surrounding a woman’s perceived level of ability in comparison to a man’s. She finds that “there’s this kind of instinctive notion around men in sports that they are more athletically built”, and that “they’re kind of born into it and raised into aggression and competitiveness”.

Senior Alexis Bishop has committed to UC Berkeley for softball, and has realized that her journey towards her scholarship had required her to gain media coverage. However, she also recognizes that it becomes increasingly difficult for professional female athletes to attract more attention, and she foresees herself personally struggling with this when she becomes a college athlete, and that she will “kind of have to start over”.

Furthermore, Bishop believes that in addition to limited media coverage, sponsors contribute to the discrepancy.

“Sponsors choose people that have a name for themselves and who people look up to,” Bishop said. “But even though this happens, sponsors don’t give women the opportunity to prove that they are capable of doing the same.” 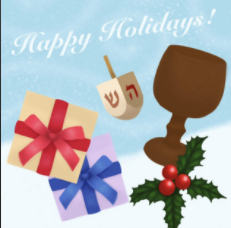